One of the greatest movies never made by Hollywood was the insane project Superman Lives which had Tim Burton in the director’s chair with Nicolas Cage cast as Superman.

We will unfortunately never get to see what that movie would’ve looked like as development was shelved indefinitely on the project back in the 90s, but a documentary entitled The Death Of “Superman Lives”; What Happened? now opens the vault door and investigates in detail what exactly happened to the movie and why it was ultimately cancelled.

Forgetting that the last Ghost Rider film, released in 2007, which we, along with a ton of other people haven’t seen, was voted seventh worst comic book movie of the decade and pretty much cemented the official decline of Nicolas Cage’s career, this trailer for the sequel doesn’t look half bad.

The main reason for this improvement would have a lot to do with the fact that it’s directed by Mark Neveldine and Brian Taylor whose last films Crank, Crank 2 and Gamer had a very specific over stimulated style, like a film receiving an industrial strength caffeine enema.

Nicolas Cage returns as Johnny Blaze in Columbia Pictures’ and Hyde Park Entertainment’s Ghost Rider: Spirit of Vengeance. In the successor to the worldwide hit Ghost Rider, Johnny – still struggling with his curse as the devil’s bounty hunter – is hiding out in a remote part of Eastern Europe when he is recruited by a secret sect of the church to save a young boy (Fergus Riordan) from the devil (Ciaran Hinds). At first, Johnny is reluctant to embrace the power of the Ghost Rider, but it is the only way to protect the boy – and possibly rid himself of his curse forever.

Still not fully convinced? How about the fact Idris ‘Stringer Bell‘ Elba is in it and Nicolas Cage’s character Johnny Blaze pisses flames. 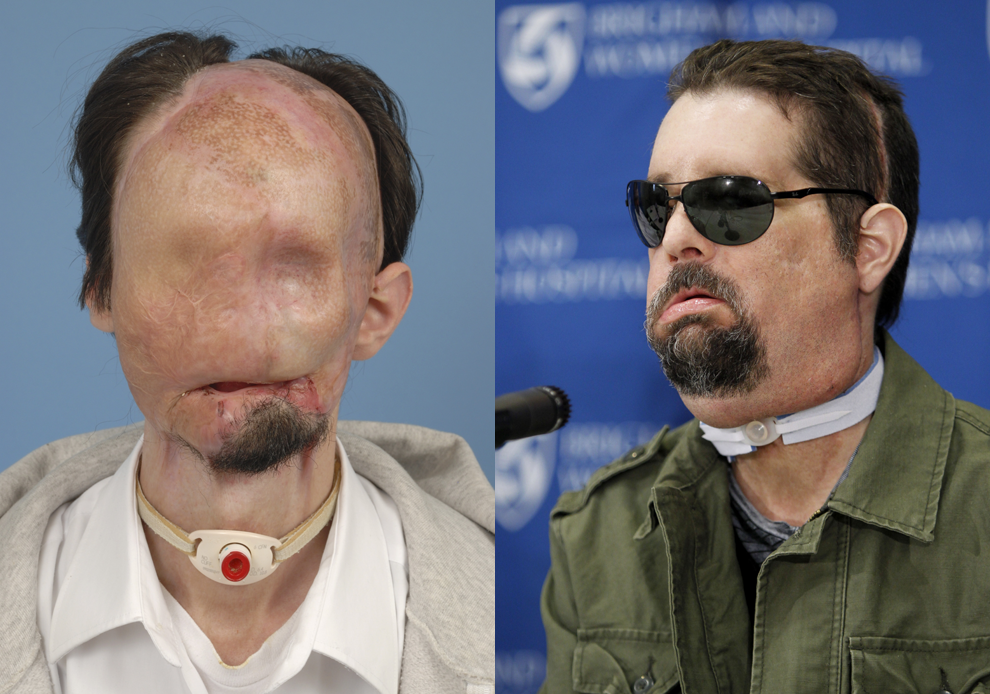 Science is amazing and that’s a scientific fact. You can actually take that fact to a bank and cash it in, that’s how much guaranteed value that fact has.

Just to demonstrate how amazing science is take a look at the picture above, the before and after shot of Dallas Wiens who became the first American to undergo a full face transplant after being horrifically injured when he hit a power line by accident while painting a church in November 2008.

His injuries were so severe that all of his facial features were burned away and he was left permanently blind. But doctors, thanks to funding from the US military, managed to perform a full face transplant on the 25 year-old with the hope that findings from the surgery’s progress can help soldiers recover from severe facial wounds inflicted during combat.

No matter how you try to explain the sheer scale of this operation only one term springs to mind: “fucking amazing”. Dallas may not have his sight back but he is slowly regaining sensation in his face and is thankful that he can now feel his four year-old daughter kiss him on the cheek…Oh Goddammit!

*stands up out of chair, cracks open a window and takes a big breath in*

During a bout of vigorous coitus actor Nicolarse Gage engages not one but three thugs in a seedy motel room, disposing of them individually in a stylistic yet violent manner, without loosing his rhythm or missing a single stroke as he continues to pleasure a large breasted maiden. Yes, this is a very NSFW clip from Gage’s new film Drive Angry which tells the story of Milton a troubled soul who has broken out of hell, (yes, you read that right the first time), and is racing against the clock to stop an evil cult which murdered his daughter and is now about to sacrifice a baby. Joining him on his quest is Amber Heard who plays something or other and various things happen along the way as they’re pursued by some guy and other fartblossom shit!

Although you’d probably understand this video better if you spoke Portuguese it’s not really a necessity as Emilio Eduardo da Rocha Deveza’s crazy eyes do all the real talking. Arrested in Brazil for allegedly murdering his own mother, because she had the audacity to use his credit card, Emilio held a press conference where reporters had the chance to question him. The 33 year-old then proceeded to refer to the journalists as ‘clowns’ before shouting at one ‘Die devil, die!’ He then went into a Nicolas Cage spliced with Kramer from Seinfeld mode for a couple of seconds by unleashing his crazy eyes before shouting: ‘You want to film me? Film that!’ and sticks both of his middle fingers up at the camera. You know we don’t like to gamble aboard HMS Friday but we’re betting that this guy is actually innocent.

You lookin' at me?

This is sublime. There are few things as brilliant as actor Nicolas Cage going tonto on screen. The man can freely enter into crazy town anytime he feels like it and still his performance remains convincing, (except for The Wickerman), and the audience accepts it. Here’s a fantastic montage edited by Harry Hanrahan of Cage losing his shit to the soundtrack of Requiem Of A Dream. Descending into madness has never been so much fun.

Amid the rising chorus of choir singers a character turns to Nicolas Cage and announces ‘we’re going to need a bigger boat more holy water’.Yes, Hellboy and Ghost Rider go back in time, like way back to when folks rode on horses and shit, to kick some evil witch ass! There’s something strangely appealing about this trailer and if Cage keeps his mugging down to a believable minimum then this film may be worth a watch. They should’ve called it Witch Bitch.

N.B. The Scott’s Porage Oats dude is in this film. What’s not to like about porridge. And it’s spelt Porridge by the way!